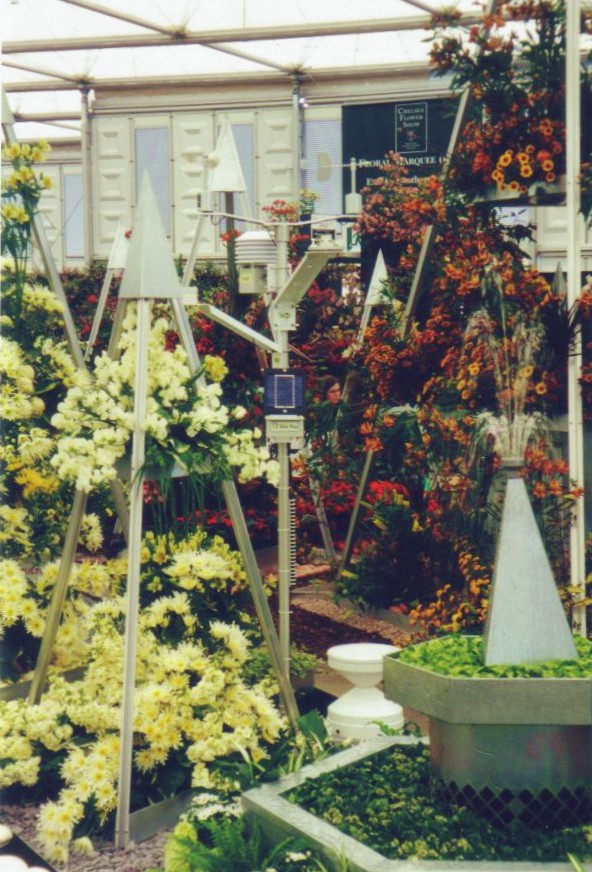 At last year’s Chelsea Flower Show, Skye Instruments loaned Penny Riley, Garden Designer, a MiniMet AWS for her stand. The stand was a celebration of seasonal fruit, vegetables, cut flowers, salads, herbs and other plants produced by British growers and sponsored by the NFU and Waitrose.

It marks the 16th year in a row that designer Penny Riley has walked away with one of the top honours at the world-renowned show and the second gold in a row since the NFU teamed up with Waitrose last year.

The ‘Celebrating the Best of British Summertime’ stand, was visited by celebrities such as Nigel Havers, Jennie Bond, Martin Clunes, Lawrence Llewellyn-Bowen and many more, and was designed with the Queen’s Jubilee in mind, reflecting the last 60 years in the world of horticulture. The Skye MiniMet was an integral part of the winning exhibit, with Skye Instruments is planning to help again this year.

And then a few weeks later, Penny and her team reproduced a similar stand at the Hampton Court Palace Flower Show and took Gold again, with a Skye Instruments MiniMet again being an integral part of the winning stand. We now have this MiniMet that was part of the winning stand at these flower shows last year for sale. How would you like to have a winning MiniMet as part of your equipment? It has only been on show at the stand, so is in excellent condition. The MiniMet is made up of the following instruments and accessories:

ARG 100/I – Raingauge with Levelling Baseplate

Please get in touch if you would like further details and the discounted price for this winning system. We only have the one MiniMet, so it will be on a first come first served basis. We can also install the MiniMet for you at an additional cost.